A home or building’s plumbing system proves critical in enabling said structures residents and patrons to perform vital tasks, such as, cooking, washing clothing, dishes and other eating utensils, bathing, and getting rid of waste products. One critical feature of this apparatus is a component known as the drain line. A pertinent aspect of plumbing maintenance is categorized as drain line testing. 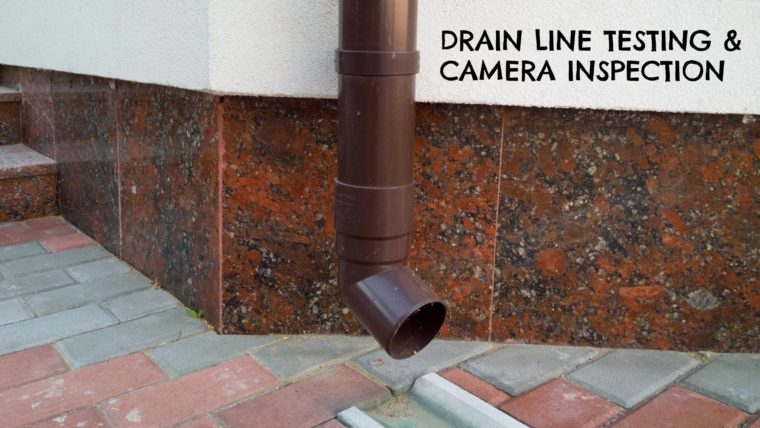 Read on to find out more about what a drain line is and the duties it performs, an overview on the testing of drain lines, drain line camera inspection, and the problems that might result should these activities be ignored or delayed.

The drain line carries out the important function of transporting the waste products put down the drains in a home or office’s sinks away from said locations to facilities that process and completely eliminate such materials. Additionally, the feature hauls what is referred to as backwash water to waste processing facilities.

Drain testing is commonly performed to assess the quality and integrity of a building’s plumbing system. This is especially true of older structures constructed before the 1970s. Many of these creations were comprised of drain pipes made of cast iron. Quite often, these pipes were placed below the home or building’s foundation and are subject to damage as the result of events, including soil movement, building shifts, or construction work that disturbs the piping’s structural integrity.

Testing’s primary goal is to make sure the piping is completely pressurized and watertight. This is critical because the slightest leak or inability to handle increased pressure could allow waste products to escape the piping’s clutches and contaminate surrounding environmental features, such as water and soil. This process is even performed on new pipes yet to be installed.

Typically, cast iron pipes are believed to remain in solid working condition for anywhere from four to six decades. Following these intervals, age-related deterioration, like rusting can occur. This could precipitate problems like leaks, line blockages, and even full pipe breakages.

Every property or facility grounds have a discernible marker where the drain line begins. Basic testing can be performed by opening the line cover and offering a naked eye view as far as one can see. Such examinations enable those in the know to detect any potential problems with surface equipment. Unfortunately, however, surface piping does not always tell the full tale. In fact, many serious issues occur well below the ground.

Drain cameras are specially-built devices permitting plumbing professionals to examine the deeper reaches of a drain line system. cameras are inserted into apparatuses known as snakes, which are long, thin, metal objects capable of penetrating well below the ground’s surface. The construction and movability of these devices allows up-close investigation of piping located in otherwise hard to access places, such as underground, inside thick walls and underneath concrete structures, like foundations.

A plumbing professional activates the camera, which is positioned at the snake’s tip. Once activation is complete, the examining individual carefully inserts the said object into the piping requiring assessment. Cameras are also typically connected to a high definition television, sometimes abbreviated as HDTV, monitor.

As the camera penetrates the piping, the said device captures images and submits these photos to the television through a special signal. Additionally, the presiding plumber can record the video presentation, which can be kept for future use.

The lighting provided by the camera enables inspectors to view any abnormalities within the pipes in question, including cracks, obstructions, burgeoning deterioration, or structural concerns. Moreover, numerous apparatuses are also equipped with radio frequency capabilities that can actually pinpoint the exact location where an anomaly has occurred.

The most significant benefit provided by pipe cameras is their convenience. Plumbing professionals no longer have to dredge up significant quantities of land or guess what any existing problems might be. This quick, diagnostic tool enables fast identification of maladies and more expedient remediation. The end result is limited inconvenience and expense on the property owner’s part.

How Often Should Camera Investigation Be Performed?

Plumbing professionals maintain that inspections be performed periodically to ensure the system is in proper working order. However, said subjects highly urge those who experience consistent plumbing problems, such as, sewage backups have this undertaking executed as soon as possible.

Problems Associated With Delaying Or Ignoring This Procedure

Drainpipe disturbances may lead to significant events like backups and floods possessing the ability to cause extensive damage, expensive repairs, and could potentially even elicit adverse health impacts to those living or patronizing affected areas. 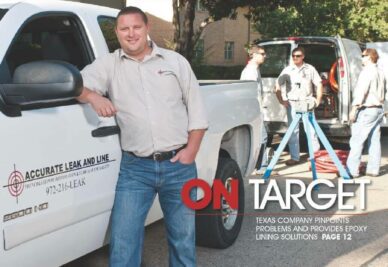 Accurate Leak and Line has built a reputation that matches its name, accurately detecting the source of customer drain and waterline problems. Providing full-service repair and rehab services, including epoxy lining for both drain and potable lines, has propelled the business to major expansion in the Texas market. When Scott Montgomery graduated from Texas A&M… 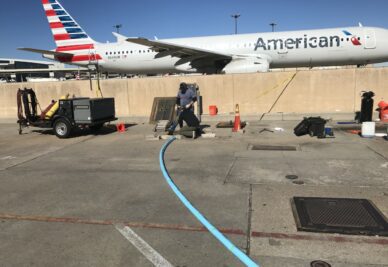 A 4″ jet fuel vacuum line running beneath the runway at DFW airport had developed a pressure leak. The line functioned to suck jet fuel exhaust away from the runway to where it is properly filtered and disposed. Under strict FAA guidelines, the airport was required to repair the leaking line and pressure test it… 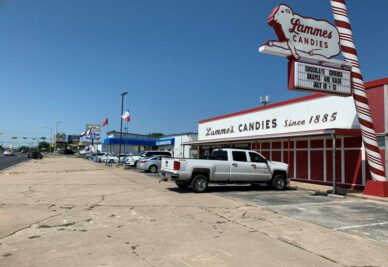 Lamme’s Candies is somewhat of a historical landmark in Austin, TX. The famous candy maker has spun chocolate goodies since 1885 and is a well-know Austin staple. The establishment reached out to Accurate Leak and Line for a remedy to continual problems with functionality and drainage caused from an aged and deteriorated cast-iron sanitary sewer…

How much does it cost to repair a slab leak?

14 Sure Signs of Leaky Sewer Pipes

When to Worry About Foundation Cracks