Of all the plumbing calamities that can befall any property, the dreaded water line leak is arguably the worst. If it happens above ground, it can wreak a ton of obvious damage very quickly. If it happens below ground, the fallout is initially less obvious but often even more disastrous when foundations are eventually compromised. Of all the reasons why water lines fail sooner or later, the following are easily the most common. 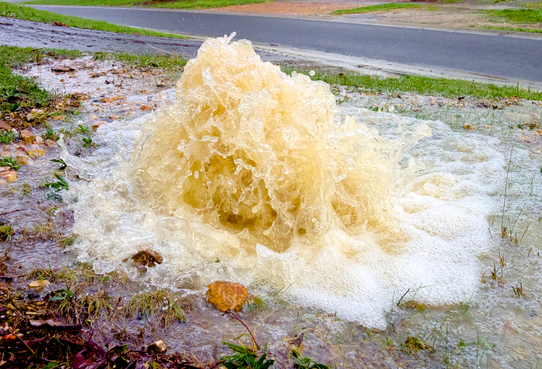 If the contractor that put in your water lines was incompetent, lazy or just having a bad day at the time, their handiwork will fail prematurely. Perhaps they used substandard materials during the building process. Or maybe they just didn’t really care about doing the job right. Either way, the water lines that you thought would last a half-century will end up giving you grief way before their intended expiration dates.

If you live north of the Mason-Dixon line, sudden and freakish ground freezing can do a real number on water lines. If your lines are less than four feet deep, frost heaves will eventually cause a rupture at some point. Non-invasive trenchless water line repair is often the answer in these cases since a spot break rather than systemic corrosion is the problem that must be addressed.

Shifting Soil Under the Surface

When water lines are laid down, the soil status quo is assumed to be more or less static for the foreseeable future. The truth is that subterranean conditions can change over time due to a variety of factors. For instance, soil erosion at the perimeter of the house or the lawn could put undue pressure on underground pipes. Furthermore, roots can move into areas where they weren’t anticipated and cause pipe failure.

A water line that’s hit with rapidly changing pressures over a short period of time is more likely to fail. Part of the problem could be a well that’s just barely adequate for an existing water table. A bigger problem is the piecemeal replacement of certain parts like well pumps, pressure gauges and cutoff switches. If replacement parts aren’t suited to an existing system, they can hurt the whole array. 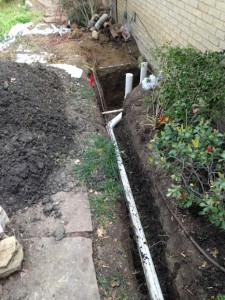 Damage from Rodents and Pests

Believe it or not, little critters can compromise a pipe as easily as a frost heave or direct physical trauma. Gophers, rats, moles and even beavers can damage pipes depending on how your house’s plumbing system is set up. A line leak due to rodents in all its many forms can occur both above the ground and below if you’re not keeping an eye out for pests.

Every water line and plumbing component known to man will succumb to the elements regardless of how favorable the local environment might be. Materials like copper, steel, iron, PVC and CPVC all have an expiration date. If you’re lucky, you’ll get a few extra years out of pipes without serious performance degradation. After a certain point, traditional water line repair 80 or replacement is the only solution to persistent leaks.

Every Problem Has a Solution

While it’s natural to freak out when a water line leak is found, rest assured that just about every plumbing problem can be fixed. The key is figuring out the best way to ameliorate the issue for the lowest price without comprising quality standards. If you hit a water line leakage snag, call us today and we can advise you on the best way to set things right. Contact Accurate Leak and Line for any of your water line repairs in Dallas, Fort Worth, San Antonio and Austin.